Lovedean in Hampshire was identified as the optimal location for the UK converter station, taking into account a number of factors, including the capacity of the existing network.

Work is being carried out to understand any environmental constraints (including ecological, landscape and heritage features), and develop appropriate mitigation.

There are significant benefits in situating a converter station as close as possible to a substation. The AC cables used to connect HVDC converter stations to AC substations require more footprint and cause more disruption during the installation. AC cables also have higher transmission losses and pose other technical challenges. 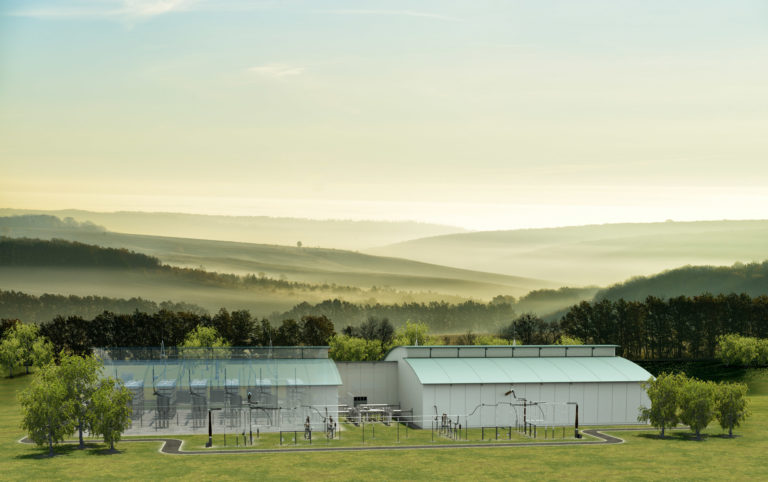 Indicative image of a converter station (Courtesy and copyright of Siemens)